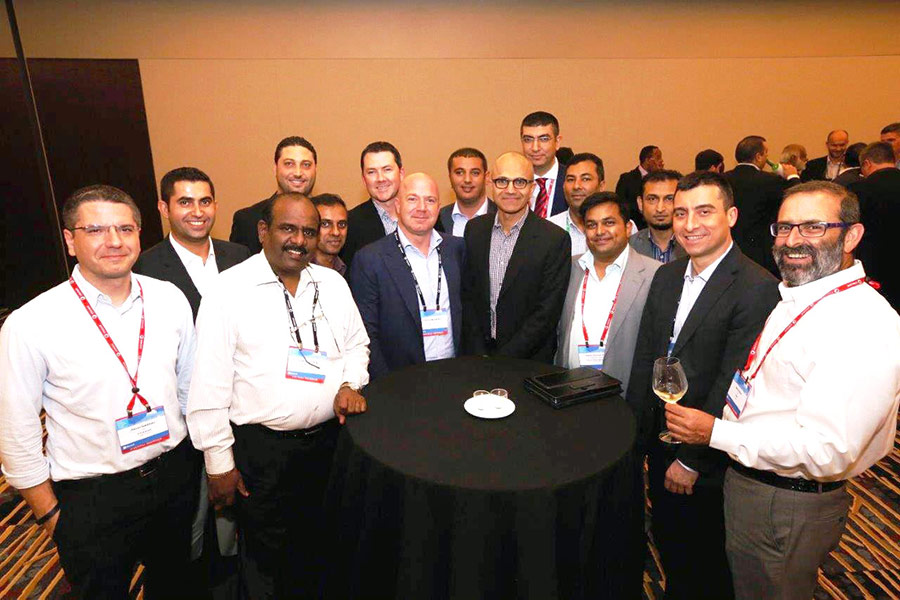 Bahwan IT receives Microsoft's "Country Partner of the Year" Award

Bahwan IT was recently bestowed with the Country Partner of the Year award for 2014. The award was presented at a glittering World Partner Conference 2014 event held at Washington DC recently.

The event was attended by all top management of Microsoft including Mr. Satya Nadella, the new CEO. Mr. M.K. Janaki Raman, General Manager, Bahwan IT received the award on behalf of the company.

Microsoft Awards are given in a number of categories, with winners chosen from thousands of entries worldwide. Participants from 146 countries numbering more than 16000 attended the event. Bahwan IT has been a Microsoft partner for more than twenty years and has achieved many a milestones in its journey with Microsoft.

Bahwan IT Chosen the Best Cyber Security Initiative Vendor for 2019

Bahwan IT organizes Technology Session in Sohar with Technology partners